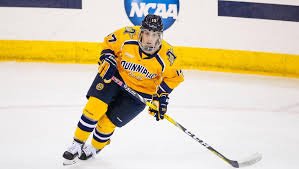 I have been a part of many different training programs, both on and off the ice, but none that have compared to skating with Jacki. She’s adjusted my stride to get me faster and more explosive while improving my conditioning at the same time…I felt a drastic change in my game after skating with her. Even at the college level, I find that working on my skating with Jacki is just as important as anything else I work on during the off season. She provides the personal attention necessary to get her students to the next level and she customizes drills and lessons that are tailored to their needs. I started skating with Jacki when I was about 8 years old and my only regret is not doing it more often throughout my career.